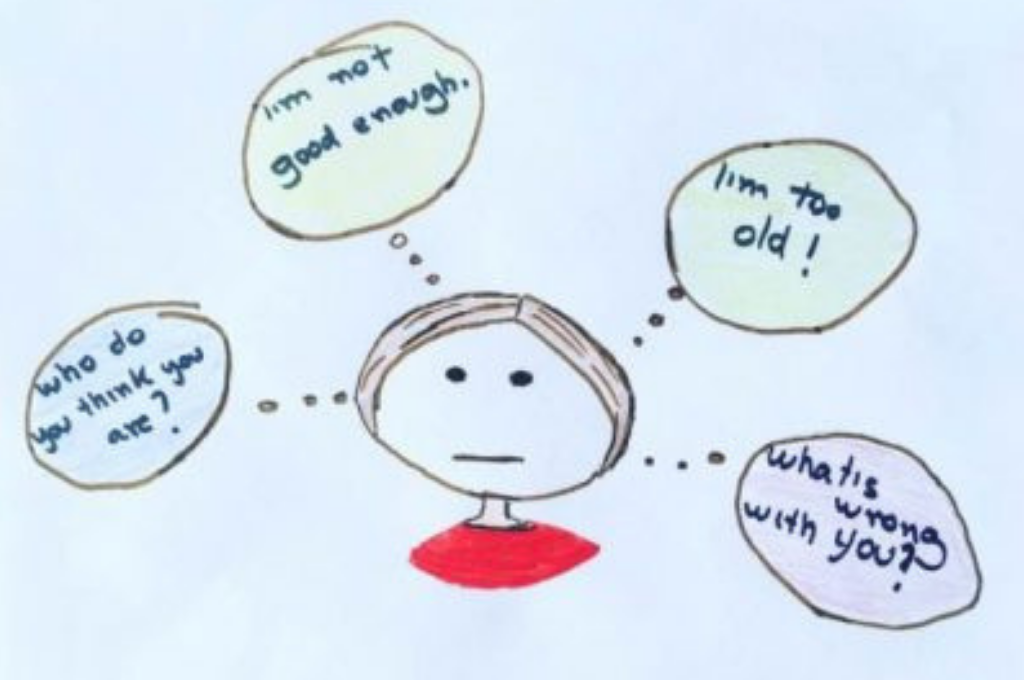 If the post is too long for you at this time, here is a two-minute+  video summary.

you fill in the blanks…

What does your inner critic tell you everyday?

One of my clients, let’s call her Anna, shared that for most of her adult life she believed that she wasn’t “book smart.” I asked Anna to tell me a little more. It turned out that a voice in her head said over and over that she wasn’t good enough when it came to learning in a traditional way. So, Anna played small, not to her full ability, when she was around people she believed to be smarter than her. She also felt intimidated by activities requiring formal learning. Over time, Anna accepted her inner critic’s constant chatter as her own truth.

I came across the concept of the inner critic (the voice in Anna’s head) many, many years ago. At the time, I was helping as a translator during a leadership training seminar.

I was intrigued! So, my negative self-talks happened to everyone else, too?

I paid close attention to the instructor for the next few days.

The nagging in our heads is universal. We all have one – a critical inner voice that keeps speaking of negative self-fulfilling prophecies. It may criticize us as in “you aren’t good enough,” “good-looking enough,” or “smart enough.” It may put you down at times with remarks such as ““who do you think you are?” “what were you thinking?” or “what’s wrong with you?” The negative self-talk varies from one person to another, and appears in different ways and intensity throughout our lives, affecting our self-esteem and overall performance.

Although we all have an inner critic, please remember that it is just part of you and not the whole you. More importantly, it is NOT you “thinking!”

Our inner critic is rooted in our natural flight or fight response – the way in which our ancestors used to react to dangerous situations. For thousands of years, this behavior has been vital for the survival of the human species.

Although our civilization has evolved, we continue using the same approach that served our ancestors to deal with situations that are no longer life threatening. These days, the real threat is more psychological and emotional. Therefore, it’s natural that many of us perceive our inner critic as something attacking us and then react defensively by choosing to ignore or retaliate the inner critical voice – the fight response.

To conquer your inner critic, it’s crucial to understand how it was created.

Think of yourself as a young child. You were like a sponge, absorbing information. When we think about how our values and perceptions came to be, it’s necessary to go back to our formative years. If we simplify, we can say that we are a combination of how we perceived and interpreted our experiences with family, religion, society, friends, and the media. Also, and unfortunately, in many cultures, criticism and guilt are acceptable ways to motivate positive behavior.

It’s through coming from a place of personal awareness, as opposed to what was taught to us that we begin dealing with our inner critic.

Steps for Dealing with Your Inner Critic:

Step 1: Awareness – Listen to your inner voice for a week; the longer the better. Pay attention to what your inner voice says without judging or interacting with it. You may want to take notes on a journal. After observing for a while, you’ll be able to start to figure out your inner critic’s personality and habitual ways of talking to you.

Step 2: Study your inner critic: now that you have some data (notes & observations) ask yourself, “where did you hear these critic voices before?” “Whose voices are you really hearing?” Was it a well-meaning teacher/relative who reprimanded you in the past? Perhaps, your parents’ judgment and point of views are coming through; however, now, they show up as self-created negative comments sabotaging your personal wellbeing.

Step 3: Challenge your inner critic: How true is it? Example – “I’m too old to learn a new language,” how is it that I have met people exceeding in language acquisition at older ages than mine? “I’m a failure,” how is it that I have financial success and enjoy a balanced family life? By doing a reality check, you empower yourself instead of believing on what your inner critic says. A question that is very helpful is “Does it really matter if I am ….. or not?” This is sure to create a mind shift.

Step 4: Name your inner critic – choose a name that is not attached to anyone close to you and has a non-favorable, gloomy or even a cynical meaning for you. Researcher and writer Brene Brown calls her inner critic, “the gremlin.” My first trainer called him “Mr. Ego.”  Have fun and use your imagination!

Step 6: Talk to your inner-critic. It is highly unlikely that this voice will disappear from your life, but you can tame it. The inner critic is not used to being challenged, and indeed it really wants to protect you from harm. So, create reasoned, positive arguments to reply to negative comments. Ex. “You never do anything right.” Acknowledge the statement, and answer by saying that everything is ok, and you are in control of the situation. “People like you aren’t very successful in life.” Again, remind your inner critic that you can take care of this issue, and have been successful many times in the past, for instance.

Ignoring, talking back to, and telling your inner critic to be quiet for a while can also be temporary ways to deal with it. So, you can order it to sit out of a conversation, or even wait in the car. These are both short-term solutions.

Step 7: Transform your inner critic. Since the voice is here to stay, how about transforming it from a critic into a motivational coach?

How does that voice talk to you? Jim Loehr, author of “The Power of Full Engagement” and “The Power of Story”, calls it the private voice and teaches us to first take responsibility and then transform it into an ally. Here is a short video.

My client, Anna, has been improving her relationship with her inner critic. By first identifying it, and then detaching it from herself, she has been able to communicate with it.   Now, Anna is training her inner voice to become her inner coach.

Why does it matter? Anna is in the process of becoming the leader of her own thoughts and therefore able to create the life of her choosing, instead of living at the effect of her thoughts and conditional attitudes.

Como você pode imaginar, eu me sinto mais confortável com a comunidade internacional.[:en]My name is Sandra Bissell.
I have been blessed with the opportunity to live as an expatriate for more than 2 decades.

Some of my passions are people, my family, good conversations, traveling, ethnic food, dancing and Capoeira, an Afro-Brazilian-Martial-Art-Dance.

Originally from the countryside of São Paulo state, in Brazil, I have enjoyed life in Kanagawa and Aichi prefectures, in Japan, Boston and San Diego cities, in the United States, São Paulo, Brazil, as an expatriate in my own country, Zurich – Switzerland and most recently Stamford, Connecticut, back to the United States.

As you may guess, I feel the most comfortable within the international community.[:]
[:pb]saiba mais[:en]know more[:] 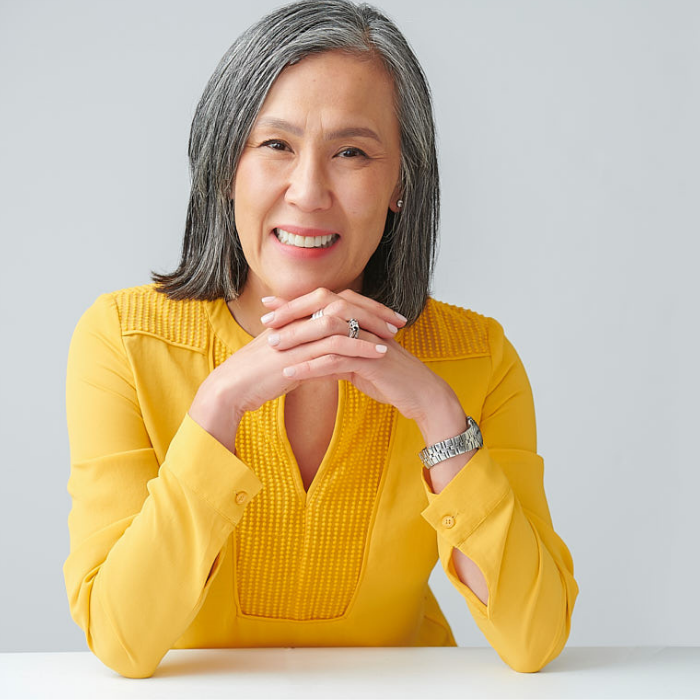